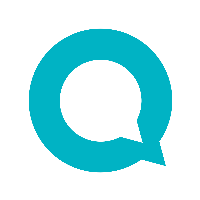 QRL stands for "QBRX Resource Locator". A QRL addresses facilities in QBRX and their resources.

We use QRLs to identify facilities and resources in QBRX. They could, for instance, be used to address data points.

A path is a string, that refers to a facility inside a hierarchical structure.

Paths can be absolute or relative.

Absolute paths lead explicitly to the addressed facility. Such strings are used to explicitly identify a certain facility or resource.

The outcome of a relative path depends on its current place of reference. Relative paths are useful for data points, that refer to other data points, because all of the references still work, even after moving a facility.

The QRL consists of two parts:

The QRL consists of three parts: